I was going to start this post by saying here’s an easy smoothie recipe but all smoothie recipes are easy.  The best thing about smoothies (besides drinking them) is how simple it is to just throw a couple of flavors together and have a healthy, delicious drink.  This blueberry pineapple smoothie with chia is the first time I’ve added chia seeds to a smoothie.  I couldn’t get behind the chia movement for some reason.  I keep thinking it was odd to add seeds to a smoothie – that there would be hard, little specks floating in my drink.  I was also too lazy to soak the seeds overnight – just kept forgetting to do it.  So rather than soak them – I just added a teaspoon of chia seeds to the smoothie right before blending.  I shouldn’t have been worried about seeds – they blended right in with no problem. 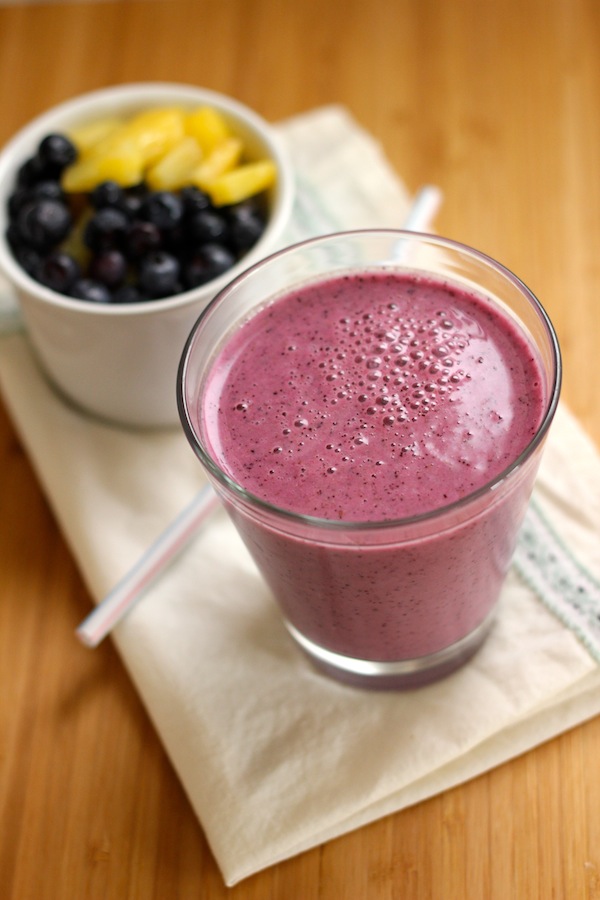 I’ve given measurements below but I usually just pour everything directly into the blender without measuring.

If you have a banana that would be a great addition.

Since I used frozen fruit I did not add ice.

I used cran-raspberry juice but you can use whatever you have – orange juice would be great also.

You should blend for at least a minute or two, otherwise you’ll find some of the fruit has not pureed completely – and it will block your straw when you try and take a sip! 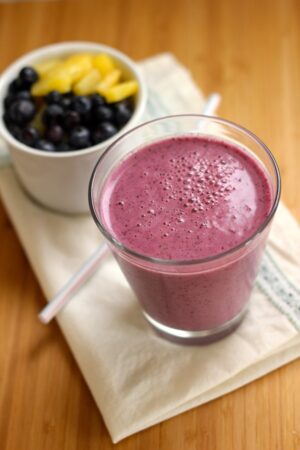 A refreshing smoothie with blueberry, pineapple and chia seeds