Los Angeles is having a fierce heat wave and it’s hot, hot, hot here. Last night, at 8pm, it was 98 degrees.  So I’m making something cool and peanuty and crunchy for lunch – a cold noodle salad with peanut sauce and vegetables. This is a colorful, refreshing salad featuring cold noodles, a light peanut sauce and lots of fresh, crunchy vegetables. 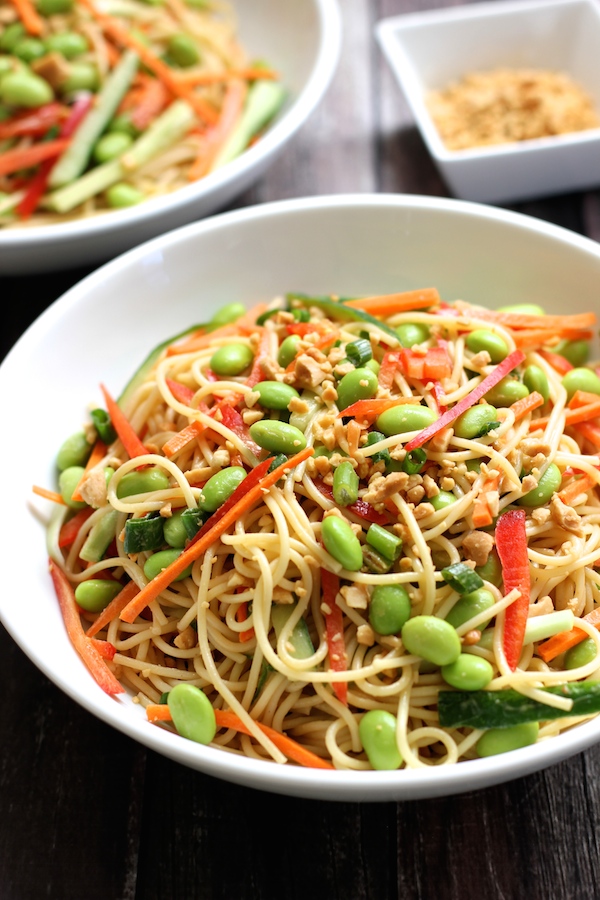 The peanut dressing is a light sauce with a hint of sesame oil, rice wine vinegar and soy sauce.  It’s not a heavy, thick sauce – it lightly coats the noodles. The vegetables are crunchy and cool – bright green edamame, pale green cucumbers, red peppers, orange carrots and green scallions – they’re a colorful bunch. I carefully sliced the cucumber, red peppers and carrot as thin and evenly as I could – I was going for matchstick thin slices – and tried to keep them roughly the same size and length.  A sprinkle of chopped peanuts at the end adds some additional crunch and a little more peanut flavor to the salad. 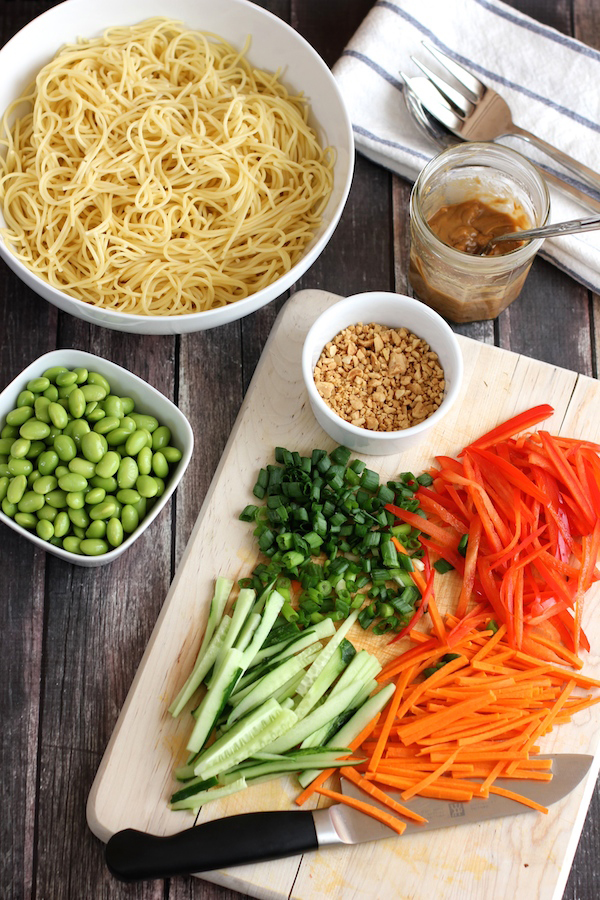 After cooking the noodles, you’re going drain them in a colander and then rinse them under cold water to cool them off.  If for some reason you leave them for a bit and they stick together – no worries – just rinse them again under a little cold water and they will all magically unstick.

When you pulse the peanuts (to add as a topping) in the food processor – be careful not to process too long – otherwise you’ll end up with peanut butter.

This cold noodle salad with peanut sauce and vegetables is great the next day.  If you’re refrigerating it for any length of time – keep the chopped peanut topping separate – they don’t refrigerate well with the sauce – they lose their crunch. 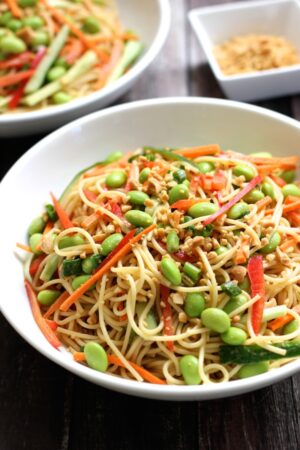 14 comments on “Cold Noodle Salad with Peanut Sauce and Vegetables”