This classic Greek salad is a crowd pleaser perfect for summer parties, picnics and barbecues.  An easy, flavorful recipe that comes together in no time at all. 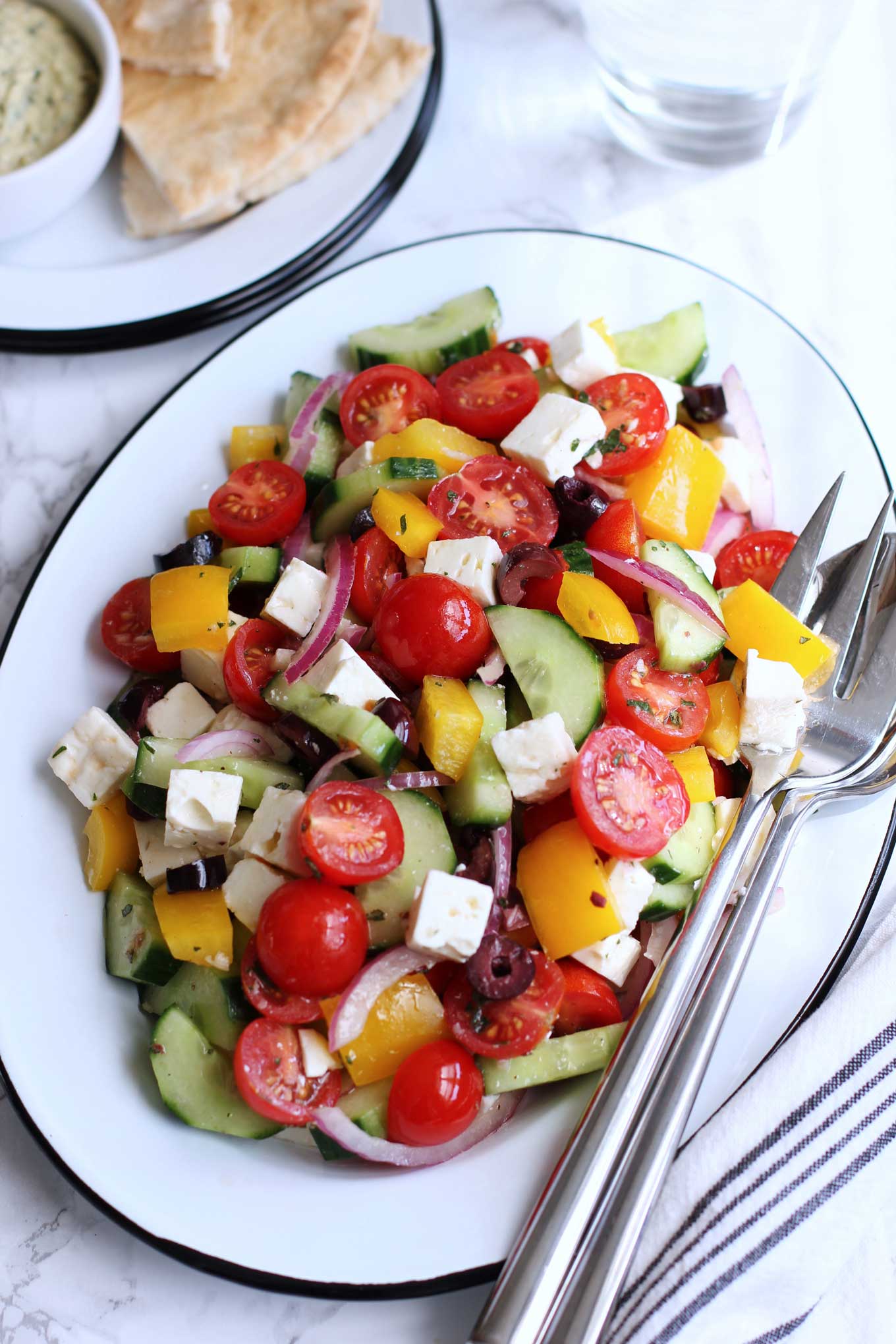 After an extremely mild spring, we’ve been hit with a fierce heat wave in Los Angeles – it was 105 degrees today and is supposed to be 108 tomorrow.  It’s much too hot to cook, so this Greek salad is the perfect, easy salad to make on a boiling, hot day.

I’m a big Greek salad fan – I love the combination of flavors – it’s crunchy, salty, sweet and tangy all at the same time.  And I love how easy it is to make.  Just give everything a rough chop and toss it with a vinaigrette and you’re done. 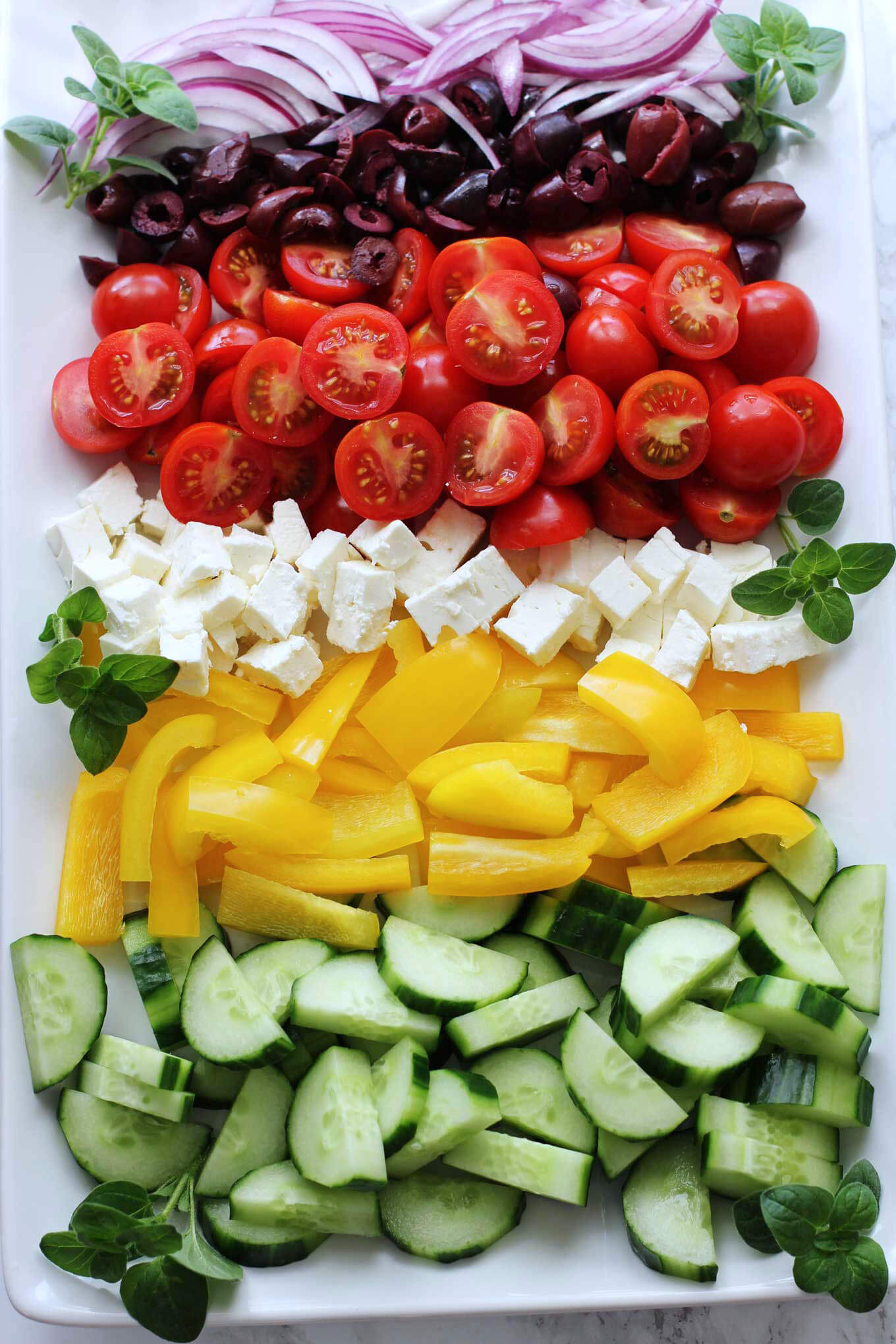 A classic Greek salad usually uses green bell peppers, but I went with yellow bell peppers instead because I love the color contrast.  If you’re a regular reader, you’ll know I like my food bright and colorful. 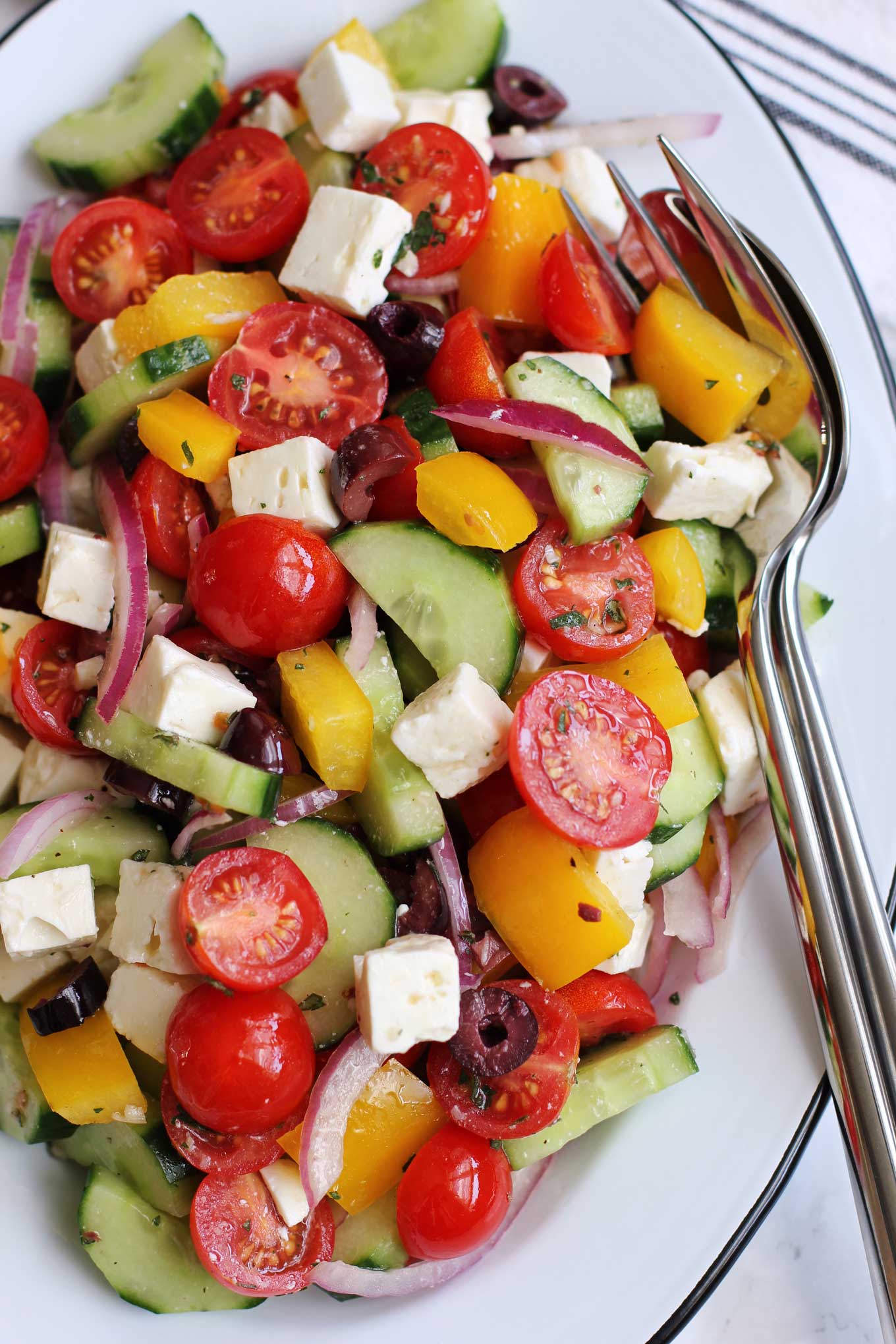 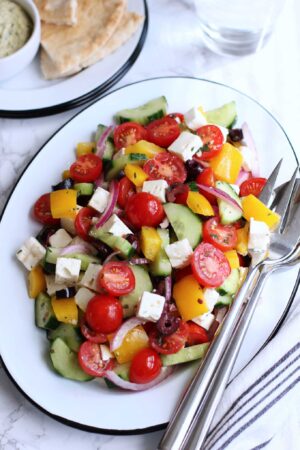 A classic Greek salad perfect for summer parties, picnics and barbecues. An easy, flavorful salad that comes together in no time at all.