I was going to call this recipe “must love garlic” because there’s a whole lot of garlic going on in this dish. Spaghetti aglio e olio (spaghetti with garlic and oil) is a quick and easy dish to put together and it’s extremely flavorful. 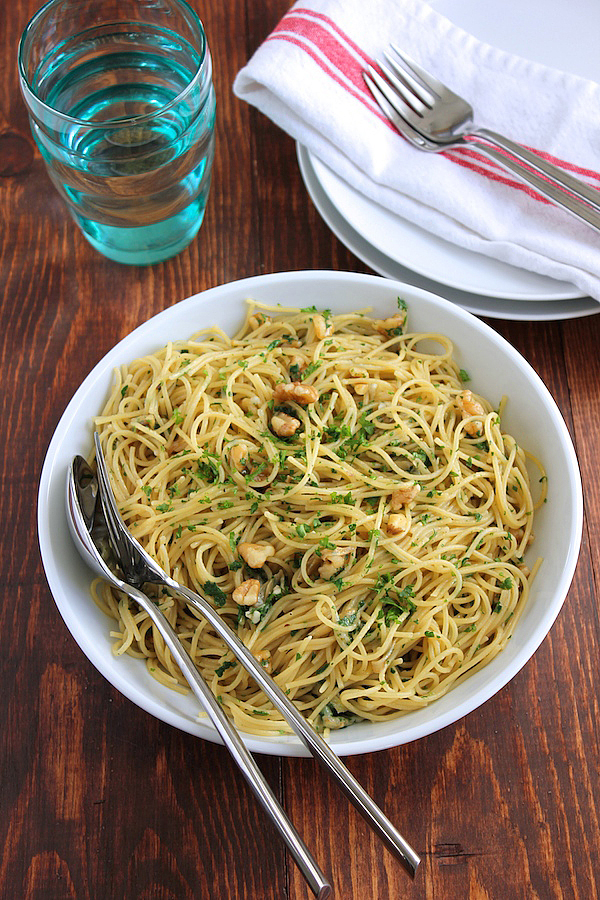 Spaghetti aglio e olio is also sometimes called midnight pasta.  The saying goes that this is the dish that chefs make for themselves when they come home from a long day of work.  I can see why they’d make it, it’s very satisfying to be able to whip something up quickly that tastes so good.

This is a go to dish – one that’s easy to master and you’ll make over and over – whether it’s midnight or not.  I was going to say bon appetite but realized that would be inappropriate since this is an italian dish so buon appetito! 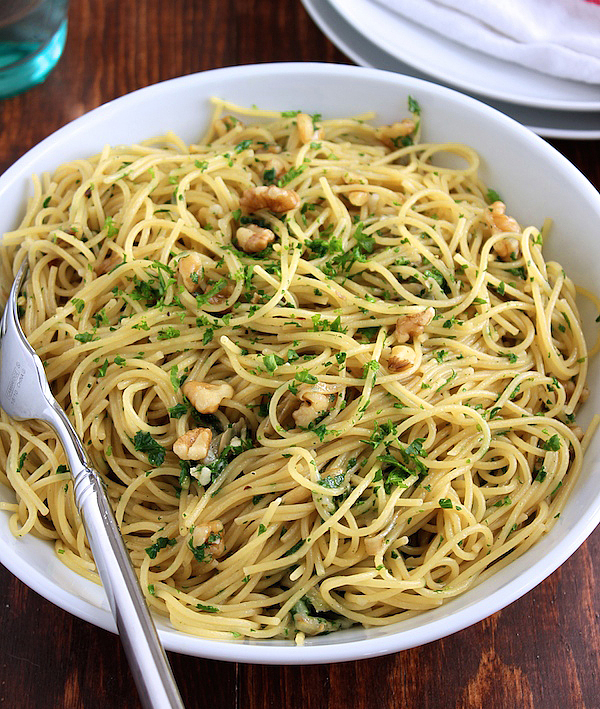 This dish comes together really fast so have everything prepped and ready to add before you begin.

Though not traditional, I’ve added some walnuts to the recipe for crunch.  You can leave them out if you want but I think they are a great addition.

This recipe is adapted from a Silver Palate recipe “spaghetti with oil and garlic”.  I can’t link to the recipe since it’s from an old cookbook – but I love that cookbook and refer to it often. 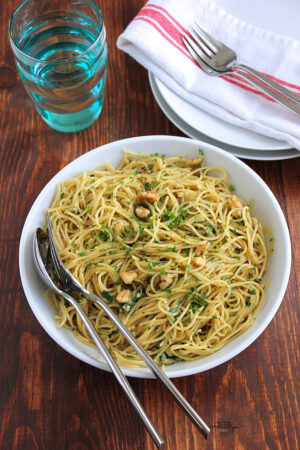